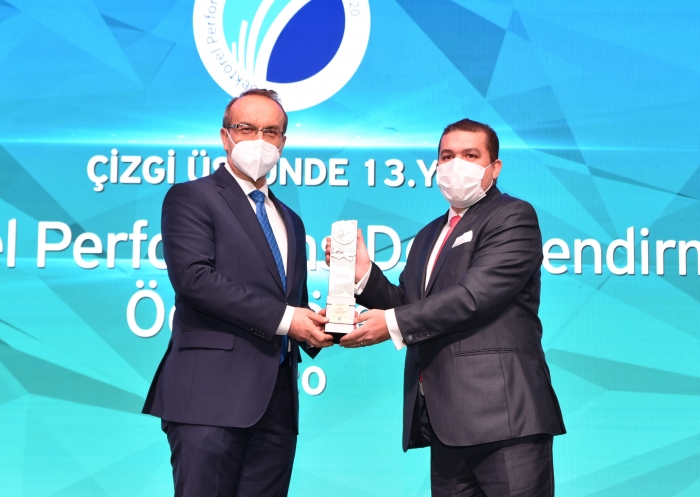 Organized by Kocaeli Chamber of Industry (KSO), ’13. IN the organization of the Sectoral Performance Evaluation Award Ceremony, HEKTAŞ, one of oyak agricultural livestock companies, was awarded the “Grand Prize” in the Large Scale Organization Category for its sustainable success in the sector, growth rate, R&D activities and export rates.

The 13th edition of kocaeli Chamber of Industry (KSO) was organized to reward and contribute to the promotion of successful industrial organizations in the Marmara Region. Sectoral Performance Evaluation Awards have been awarded. HEKTAŞ Ticaret Türk A. is the winner of the Big And Medium Business Category in this year’s Large and Medium Business Category in the evaluation in which 24 companies have been ranked as Large and Medium-Sized Enterprises with SME. That’s it. The ceremony, hosted by KSO President Ayhan Zeytinoglu, was held online at Kocaeli International Convention Center with the participation of TOBB Chairman Rifat Hisarciklıoglu, Kocaeli Governor Seddar Yavuz and Kocaeli Metropolitan Municipality Deputy Mayor Yasar Cakmak. The Grand Prize presented by Kocaeli Governor Seddar Yavuz was received by Huseyin Çim, Director of Budget and Corporate Monitoring on behalf of HEKTAŞ.

HEKTAŞ won the KSO Awards for the third consecutive year with the Grand Prize. Hektaş, which was awarded in the Chemical Industry Sector Large Scale Organization category in 2018 and 2019, won the Grand Prize this year for its growth rate in the Large Enterprises category, R&D activities and export rates.